A sufficient supply of safe drinking water is one of the most basic requirements for a healthy living standard. However, waterborne diseases continue to be a major cause of illnesses and mortality in many parts of the world, especially amongst children.The EPA cites The Safe Drinking Water Act when defining the term contaminant, meaning any chemical, biological, physical, or radiological matter or substance present in water. In other words, the definition of contaminant is quite broad.EPA also states that it is reasonable to expect that drinking water will contain at least “small amounts of some contaminants.” Of course, an argument can be made that some drinking water contaminants may not be harmful (at least at certain levels), and others may be completely harmless.EPA also argues that the “presence of contaminants doesn’t necessarily indicate a health risk,” but the question to be asked is: Are we willing to take that risk when it comes to our drinking water? Most certainly not!As consumers of drinking water, it’s important to be aware of the common water contaminants and the health risks they pose for you and your family, especially your children. According to a UN report, more children die because of unsafe drinking water than by bullets. 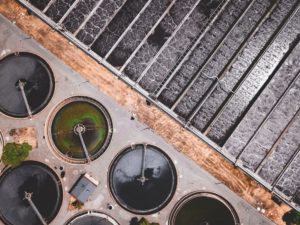 These contaminants are primarily impacting the physical properties or the physical appearance of water. Some physical contaminants include sediment or organic material suspended in the water drawn from rivers, lakes, and streams from soil erosion.

These contaminants are primarily elements or compounds that may be man-made or naturally occurring. Common examples of chemical pollutants found in drinking water include bleach, nitrogen, pesticides, sales, metals, bacteria-produced toxins, and animal or human drugs.

As the name suggests, these contaminants are elements that have an unbalanced number of neutrons and protons. This means that these contaminants have unstable atoms that can emit ionizing radiation and common examples of radiological contaminants include uranium, plutonium, and cesium. 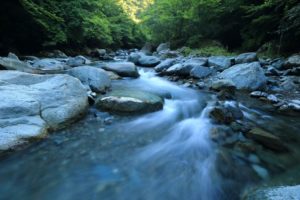 How Do Contaminants Get in Water?

To understand how contaminants can get in the water, it’s important to grasp where drinking water is derived. The two basic sources include surface waters and groundwater. While they may sound the same, they’re entirely different and can contain completely different contaminants as a result.

When we talk about surface water resources, we refer to lakes, rivers, creeks, streams, and reservoirs, which are all crucial to our daily lives. Surface water is mainly used as drinking water and other public issues such as irrigation, thermoelectric power industry, etc.On the other hand, groundwater is also a crucial part of the water cycle. Groundwater is part of precipitation that seeps through the soil until it reaches water-saturated soil material.Water is then stored in the ground in spaces between rock particles. Essentially, groundwater moves underground at a downward angle (Because of gravity, duh!) and can eventually seep into lakes, streams, and even oceans.Generally speaking, groundwater sources are less vulnerable to contaminant pollution as compared to surface waters. However, all water contains natural, if not artificial, contaminants, especially inorganic contaminants that arise from the geological strata (the layer through which water flows). 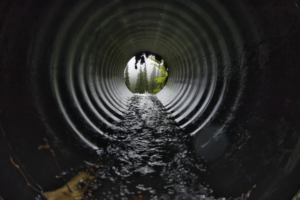 Moreover, anthropogenic pollution is also caused by microorganisms and chemicals. To add to the woes, possible manufactured sources of contaminants also exist (neatly falling into the following categories: point sources, diffuse sources).Discharges from sewage treatment and industrial premises work as point sources, and they are easier to identify and control. However, runoff from agricultural land as well as from hard surfaces such as roads may not be so obvious and thus difficult to control.These sources can contribute to significant variation when it comes to contaminant load in the water over time. Moreover, the possibility of chemical spills from industries and agriculture while intensive farm units releasing slurries that might contain pathogens are other sources that can affect the level of contaminants in the water.

Local industries can also cause contamination of water sources, especially if the chemicals are handled and disposed of without proper care. Leaching or runoff of nutrients into still surface or slow-flowing waters can also lead to growth of blue-green algae and cyanobacteria.Similarly, many species can create nuisance chemicals that lead to odor and taste issues as well as interfere with the treatments of drinking water. Similarly, treatments that are not optimized can also lead to unwanted chemical residues that lead to contamination and sediment rise in water pipes.

Pathogens that can cause diarrheal diseases are one of the most concerning aspects of drinking water quality. These pathogens can contaminate drinking water quite easily, mainly through fecal matter, specifically, human fecal matter, which contains pathogens.Waterborne diseases such as typhoid and cholera led to the great scourges of cities in North America and Europe during the 19th century. However, the problem can be solved by preventing fecal matter from entering water sources or through the treatment of drinking water that can get rid of such pathogens.However, the detection of pathogens in water is not appropriate in most circumstances due to the posed challenges and resources required. When indicators such as Escherichia coli and fecal streptococci are detected, pathogens, including viruses, may be present and require appropriate action.However, the time it takes to carry out this analysis means that even contamination detection is too late, and the water will already be on its way to the consumer and probably drunk by the time results are obtained. To counter this challenge, you can install drinking water systems foryour home, and you can even get a free consultation to find out what’s in your water and build the perfect drinking water system to suit your treatment needs.Research shows that the threat is real and that several organisms are proving to be potential waterborne pathogens that can lead to detectable outbreaks of waterborne infections.For instance, a protozoan Cryptosporidium parvum, a gastrointestinal parasite, can give rise to intensive, self-limiting diarrhea, which is currently without any treatment. This organism can survive in the environment until a new host ingests it.Moreover, it has already led to numerous outbreaks in the UK and an outbreak in Milwaukee in the US, where it caused thousands of cases. According to CDC, most of the causes of outbreaks in the US public water systems are microbial or biological in nature.In conclusion, microbial contamination in drinking water remains a significant threat and requires constant vigilance even in the most developed countries.

Although there are many sources of chemical contaminants in our drinking water, the most important ones from the standpoint of health are naturally occurring and typically found in groundwater.

Waterborne arsenic is a major cause of diseases in several parts of the world, especially in the Indian sub-continent, South America, and the Far East. So far, it is the only contaminant that has been proven to cause human cancers after exposure to it through drinking water.You may think that arsenic isn’t a problem for you if you’re in Sacramento, Solano, Alameda, or any other county in California due to the residential water treatment system.However, keep in mind that the EPA’s federal drinking water standard for arsenic drinking water is ten micrograms per liter. Moreover, even drinking water with arsenic at lower levels than the EPA standard can increase the risk of cancer when consumed over many years.Moreover, the scientific debate about the acceptable levels of arsenic in drinking water continues, which is why it is better to be safe than sorry and find experienced water specialists in CA to decide the best course of action.

Waterborne fluoride is another cause of morbidity in various parts of the world if the fluoride concentration exceeds the ten mg/L limit. For instance, high fluoride intake can lead to dental fluorosis, while even higher intakes can even lead to skeletal fluorosis.Moreover, according to a WHO study, a total intake of 14 mg/L can lead to an increased risk of bone fractures. Since it’s a major morbidity cause, it’s important to pay attention to the fluoride levels in your drinking water which you can find out with a free water analysis.

Some other chemicals that are found as contaminants in the water include Selenium, Uranium, Iron, and Manganese. Both Uranium and Selenium have been shown to cause adverse effects in humans when consumed through drinking water.Similarly, chemicals like Iron and Manganese, when occurring in high concentrations in water sources, can cause discoloration and turbidity, makings the water aesthetically unacceptable for consumers.

Human dwelling and industries can also lead to contaminants such as heavy metals, solvents, and hydrocarbons entering our drinking water. There isn’t enough evidence to suggest that these pollutants are present in our drinking water in sufficient concentrations to cause health issues.However, some hydrocarbons can give way to severe odor problems in drinking water, even at low concentrations. So, if you do feel like your water has a peculiar odor, the best course of action is to search best water treatment options near me.

Agricultural sources can significantly cause chemical contamination, and nitrate is the most important contaminant in this regard. It can lead to blue-baby syndrome (methemoglobinemia), which is a blood disorder that can affect infants under three months of age.Another important point of concern is the presence of pesticides in the drinking water, and while there isn’t enough evidence to suggest that they cause illnesses, high concentrations such as after a spill can create health issues.Experts suggest that a greater concern is the runoff of nutrients to the surface water, which, when combined with sewage discharges, can cause the growth of cyanobacteria, which has been discussed before in detail.

What Can You Do to Protect Your Family from These Contaminants?

The real and perhaps the most important question is what steps you can take to protect your family from such contaminants that can show up in your water. While we know that there are safety systems in place that reduce the risk, but research also shows that it’s possible for these contaminants (especially biological ones) to reach us before analysis even finds them.If you’re living in California, you may already know that California is the first state to recognize access to clean, safe, and affordable water as a human right. However, substantial parts of the state lack access to drinking water that meets these criteria.In fact, 25% of water systems were found to be at risk, while an additional 23% are potentially at risk. So, it stands to reason that you should be looking for residential water treatment systems, water filtration systems, and dynamic commercial water softeners in CA.At AAA Water Systems, we deliver high-end water purification systems such as KS Drinking Water Station, Multistage Water Filtering System, and much more. Get in touch with us right now to learn more about how AAA Water Systems can help protect you and your family from all sorts of water contaminants.